We are always hugely thrilled to get updates on our babies and their families. This one was particularly nice.

It's been an amazing year with our 2 awesome kittens. We lost our 22 year cat in Feb of this year but the kittens are getting along great!!! Roxy loves traveling to California but Sasha not so much. They love it once we get there!!! I've attached a few pics to show you how beautiful they are. You were exactly right about their personalities. Sasha is an attention getter who LOVES to be LOVED!!! Roxy is the Garfield cat who just wants to observe from afar as long as you are in the same room she is!!! Hope all is well!!!
Thanks for enriching our lives with 2 awesome companions!!! 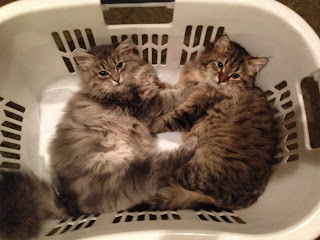 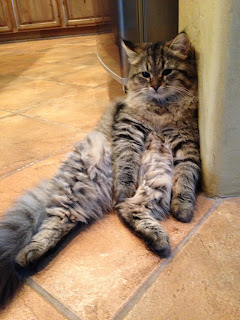 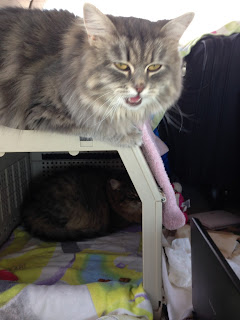 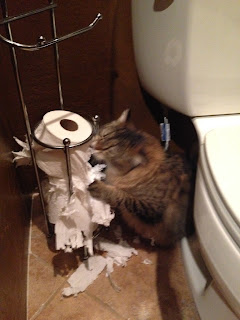 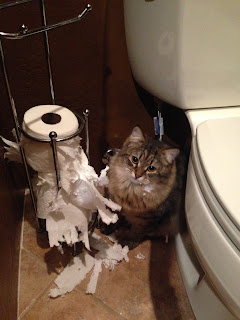 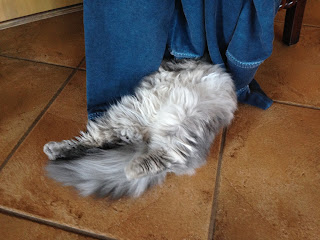 Posted by Kender Siberian Cats/Kittens in AZ at 6:43 AM No comments: 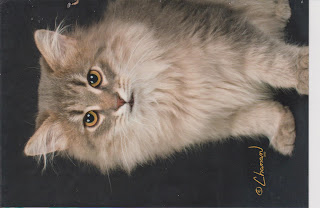 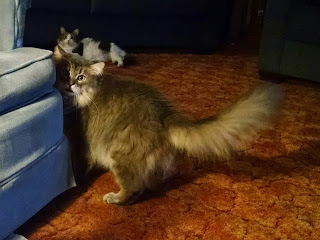 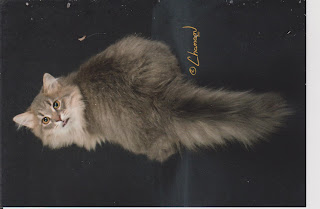 And even more tickled - we are announcing a first for us in CFA., We have a new DM ! The Distinguished Merit  is the title given to a cat which has produced the required number of Grand Champions, Grand Premiers or Distinguished Merit Cats (5 for females and 15 for males). CFA Champion Kender's Reluctant Voyager , a blue mac tabby and white female now has the required 5 "Grand" offspring.  Including but obviously NOT limited to  Tia - CFA Grand Champion Kender's a Touch of Destiny

Posted by Kender Siberian Cats/Kittens in AZ at 8:39 PM No comments:

Sharing an update we got in today - Just love talking with families about our kitties , but also knowing the company we have recommended has made them happy too !

We really enjoy seeing the pics on your blog.  Attaching a couple of Boris & Ivan who are now 5 & 4 years old respectively.  We finally broke down and picked up a heavy duty cat tree because the boys kept knocking down the trees we bought at the local pet stores.  Seems like it might have been a referral from you but I don't remember for sure.  In any case it's a local Phoenix company called FatCat( http://fatcatcreationsaz.com/ ).  They built us a heavy duty seven foot tall tree that the boys can't knock over even if they're running full speed down the stairs and jumping up from several feet away.  They wrestle over who gets to be on top and they love it.  With Ivan tipping the scales at around 25 pounds now we needed something that would take a beating.  First pic is of Ivan on top so it looks like he won that round.  The second one is of both after they've worn each other out and crashed on the cool tile for one of their seventeen daily naps. 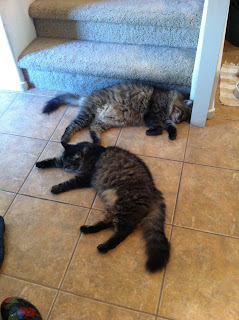 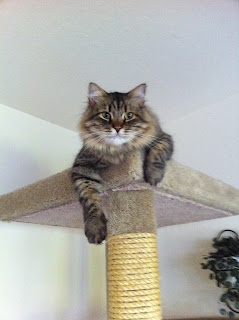 Posted by Kender Siberian Cats/Kittens in AZ at 6:53 PM No comments:

This blog is copied and respoted intact, in its entirety with permission (see bottom of post) from
http://rufflyspeaking.net/puppy-buyer-ettiquette/

Our Kender family just wanted to take a moment to thank all the wonderful families who keep in contact with us, and share their Kender Kitty pictures and lives. While we never expect anyone to become bosom buddies it has happened on many many occasions , and we couldn't be more blessed.

Just some of the recent shares from our wonderful families!

Carol K - and her 2 Kender Kitties 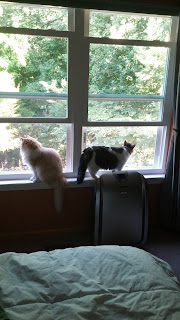 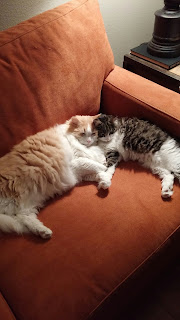 Debbie C. and a couple of her Kender Kitties (yes she has 4 retired adults from us)Jaden (below) just turned 9 this year 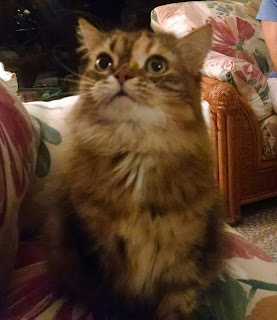 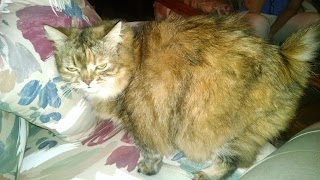 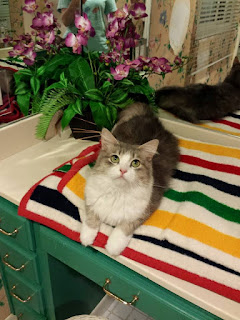 Elsa just joined her family this past weekend 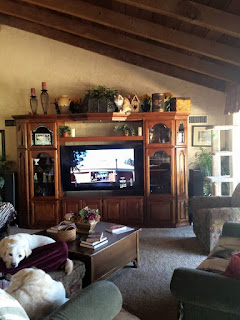 Kisa is hitting the wonderful age of 13 ! Yet it hasnt slowed her down one bit ! 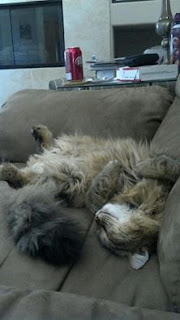 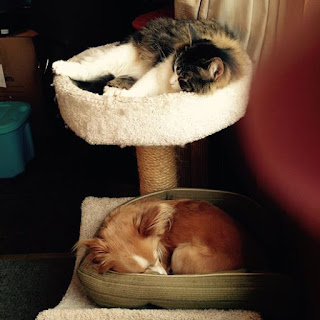 Francis and Sherry's Kender Kitty Aslan - what a hunk ! He is 6 now 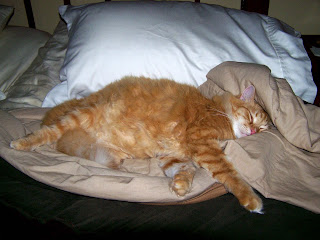 Posted by Kender Siberian Cats/Kittens in AZ at 1:09 PM No comments: